Tim O’Brien’s The Things They Carried depicts not only Vietnam but how one chooses to remember Vietnam.

It’s a longstanding rule in literature that there are no rules. No rigid structures or narratives or styles a book must follow to be considered good. Literature sets more stock in the presentation of truth – its fluidity in taking different forms through different characters. Not to be confused with fact, truth in fiction can vary depending on who or what you’re reading. Chris Kyle’s truth in American Sniper varies from John Yossarian’s in Catch-22: one found it his duty to be unflinchingly loyal to his country’s military while the other felt he ought to question his. Who’s to say which is true and which isn’t? If it’s written well, it’s all true. With those examples enters a theme well covered in literature: war. Uniquely saddled with rules that are routinely broken to ensure victory. The Things They Carried presents us stories of the Vietnam War, a conflict with muddled rules, costly lies, and a billion little truths. It just depends on which character is telling it. 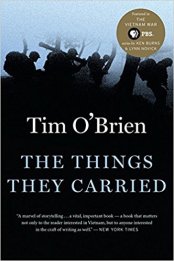 Written by author Tim O’Brien who served in the 46th Infantry Regiment in Vietnam, The Things They Carried, published in 1990, is a collection of linked short stories featuring himself and the men of Alpha Company to whom the book is dedicated. The book could be considered metafiction with O’Brien’s frequent reminders to the reader that it is indeed a fictionalized account of his experience in Vietnam twenty years earlier. “The memory-traffic feeds into a rotary up on your head, where it goes in circles for a while, then pretty soon imagination flows in and the traffic merges and shoots off down a thousand different streets,” he writes in the story “Spin.” “As a writer, all you can do is a pick a street and go for a ride.” It’s not just a book about those who fought in the Vietnam, it’s a book about how those who fought remember Vietnam – and O’Brien’s memory is a literary gift.

O’Brien begins by focusing on the men with whom he served on the ground with the titular short story, listing in detail the things they “humped” through the jungles – literally and figuratively. “The emotional baggage of men who might die.” Lieutenant Jimmy Cross carried a picture of his sweetheart Martha who wasn’t really his sweetheart; Rat Kiley carried comic books; Kiowa carried an illustrated New Testament; and Henry Dobbins carried his girlfriend’s pantyhose around his neck. O’Brien illustrates for us these distinctive personalities, who were uprooted from their homes and dropped into a sweltering hell. Largely leaving the flammable politics aside, these stories give us a visceral feel for what it was like to trek through the punishing humidity and the rice paddies and booby traps and the constant fear of ambush from a crafty enemy. “Each morning despite the unknowns, they made their legs move. They endured.”

The stories in The Things They Carried range from objective, unsentimental looks at war to writing lessons on telling “true” war stories to surreal accounts of how war forever changes the soul. The nature of O’Brien’s Vietnam throughout is how it has altered the way the characters looked at the world.

“You were a treasonous pussy if you had second thoughts about killing or dying for plain and simple reasons.”

In “On the Rainy River” O’Brien recalls receiving his draft notice and how he had contemplated fleeing to Canada, not out of fear of dying in Vietnam but rather fear of embarrassment back home in Minnesota. These were the children of the stoic Greatest Generation, cocksure of America’s invincibility across the globe. The Nazis were defeated and Commies were now posing as a threat. It was now his generation’s turn to fight America’s enemies half a world away – who was he to say no? “You were a treasonous pussy if you had second thoughts about killing or dying for plain and simple reasons.” Fighting in Vietnam felt wrong to him, as it did to millions, which was a first in American attitude toward military involvement. Yet he still served but the damage was done. O’Brien’s outlook on bravery had been forever changed: “I survived but it’s not a happy ending. I was a coward. I went to the war.” O’Brien masterfully captures this inner conflict felt by nineteen and twenty-year-olds experiencing this crisis of patriotism.

“How to Tell a True War Story,” the tone-setting short story that sets this collection apart, draws parallels between the nature of war and the art of literature. O’Brien cleverly depicts how fickle the telling of a war story could be, how its purpose changes depending on who is telling it. “A true war story is never moral. It does not instruct, nor encourage virtue, nor suggest models of proper human behavior.” Yet one of his characters tells him later of a moral he’s learned from war. It says different things to different people. And with a war as divisive as Vietnam, how you tell a story matters as much as the story itself. Perhaps this storytelling trait cannot be realized until years have passed. See what wounds, if any, time can heal, then report back of what’s left. O’Brien made proper use of his time after Vietnam and that patience comes across clearly.

With “Sweetheart of the Song Tra Brong,” O’Brien delves into the surreal with a story he learned secondhand about a soldier, Mark Fossie, who flew his seventeen-year-old girlfriend, Mary-Anne Bell to Vietnam to visit him in a medical outpost near the village of Tra Bong. After she arrives she slowly begins to change, becoming more acclimated to Vietnam, venturing into the jungle with spooky green berets on missions for weeks, until finally she just disappears and is never found. Fossie is shocked to witness how much the war changes Mary-Anne and how further she slips away from him the longer she’s there. She found herself in Vietnam. “‘To tell the truth, I’ve never been happier my whole life,’” she says to her worried boyfriend. “Sweetheart of the Song Tra Bong” is a creative force in showing how dramatically war can change, how it can transform. Not even just people, but ideals – especially the ones we thought incorruptible. Mary-Anne is America: she came to Vietnam thinking it would be a brief stay, but instead got lost in the jungle, addicted to finding the enemy. “You come over clean and you get dirty and then afterward it’s never the same.”

Why you should read this book: The Things They Carried is the new standard-bearer for the war novel, though it blends together the genres of novel, short story collection, and biography. Like the Vietnam War itself, it takes many shapes and cares little for rules. O’Brien’s prose easily shifts from straightforward rhythms of violence to more lyrical descriptions of his thoughts; he knows certain stories require certain ways of telling them. What sets it apart from most war novels is its theme of memory, how putting years behind you offers more clarity when revisiting a certain event. O’Brien waited twenty years, put his pen to paper, and found his redemption through storytelling. It became his truth.

The Vietnam War didn’t have the same sense of altruism, of good vs. evil that World War II had – but that doesn’t make the men who fought there any less brave than the previous generation of soldiers. And thanks to Tim O’Brien we have a crystallized account of just how brave.

Postscript: The PBS documentary series “The Vietnam War” by Ken Burns and Lynn Novick is a must-watch for anyone looking to learn more about this controversial, yet fascinating event in history. It is the presented in the complete scope of world history and is the perfect historical companion to reading The Things They Carried.

Also two books – both about the Iraq War – written in the same manner of The Things They Carried that are worth a read. 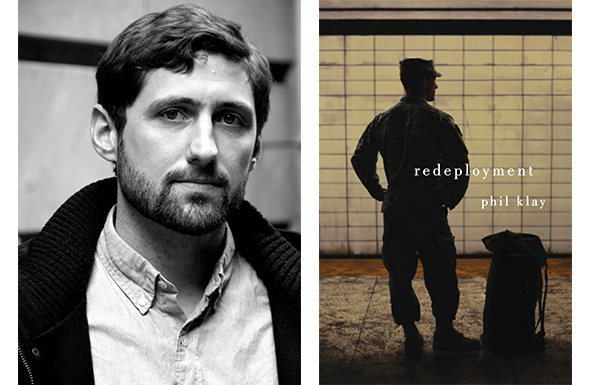 2. The Yellow Birds by Kevin Powers 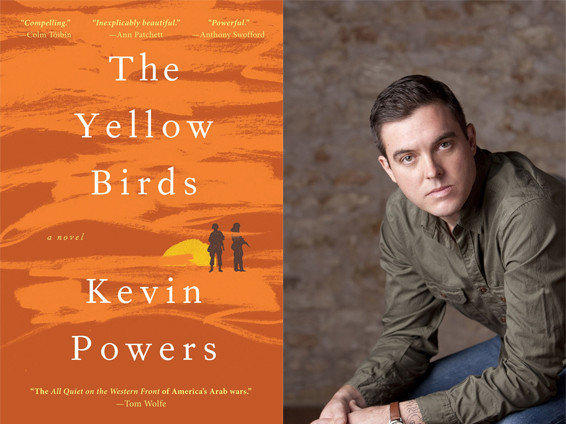