Leonardo da Vinci – the Renaissance Man of all Renaissance Men, the one your history teachers gushed over for being one of history’s greatest minds – finished less than half of his projects. Many of his paintings were left incomplete, sketches of military machinery were never designed, and pages of notes – over 7,200 of them – were scattered and never published. He embarked on projects commissioned by the courts of Florence and Milan, grew distracted by other things, and eventually shifted his focus to those other things. Before turning thirty, he sent a letter to the ruler of Milan suggesting that he hire Leonardo for the position of engineer with no engineering experience. He would cease his work on painting religious figures, for which he had already been paid, to instead go outside and look at birds.

If we judged da Vinci by today’s standards of workplace success, he’d be the poster child for unhireable candidates. Eager to begin projects but slow to finish them, if at all, he would be disqualified from several positions for his “questionable work ethic.” His resume would collect dust. But luckily for us, da Vinci was born during the Renaissance; cosmically the right man for the right time. His mind existed on a plain that far exceeded the grasp of your average stickly hiring manager. Thank God for that.

Renowned biographer Walter Isaacson, who has a signature knack for taking history’s greatest innovators and making their life’s works digestible (Benjamin Franklin: An American Life, Einstein: His Life and Universe, and the superb Steve Jobs) now takes on perhaps history’s most impressive innovator. The most consistent theme of Isaacson’s biographies is the intersection of “arts and sciences, humanities and technology” and how they spark imagination and innovation. Benjamin Franklin was wrote essays about farts; Einstein played Mozart on his violin to “reconnect with the harmonies of the cosmos”; and Steve Jobs dropped out of Reed College and dropped acid. Isaacson lets us bask in his subjects’ peculiarities, which lent themselves to their remarkable achievements – and da Vinci proves to be the pinnacle of peculiar.

Leonardo da Vinci is the chronicling of one of, if not, the most curious mind the world has ever seen, crossing into different disciplines with unmatched enthusiasm. Sure we have had a few figures that dabbled in multiple disciplines to certain degrees of success, but none to the level of da Vinci. Isaacson paints a portrait (pun intended) of a man who was driven solely by his curiosity. He had an innate desire to learn everything that inhabited the world around him, large and small. What made the sky blue, the workings of facial muscles, the currents in different bodies of water, the measurements of Milan, and the tongue of a woodpecker were just a few curiosities that occupied his mind enough for him to jot down in his notes. He sketched ideas for flying machines and tanks (in the 1500s), dissected corpses to learn more about muscle movements, designed military battlements, and studied the course of rivers for the best way divert its flow more usefully. He pursued knowledge for the sake of knowledge.

But it wasn’t these curiosities alone that earned him the moniker of innovator. Every person to some degree is curious. It was the application of these curiosities into his work that shows how well he absorbed all that he had learned. Isaacson positively geeks out – too much at times – at just how comprehensive da Vinci’s discoveries are in his paintings and sketches. Isaacson fashions this biography as a journey leading to a culmination of da Vinci’s curiosities, ambitions, and disciplines – which is the Mona Lisa. 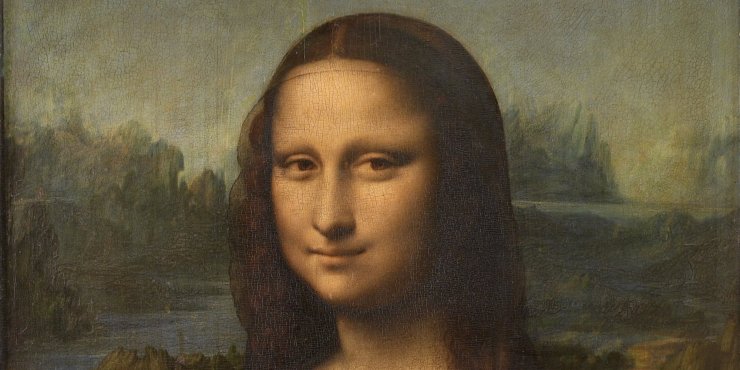 Admittedly, I grew up puzzled as to why the Mona Lisa is considered of the greatest paintings of all time (Andy Samberg’s popstar character Conner4Real takes it a couple of steps further.) Surely Michelangelo’s Sistene Chapel ceiling edges out the Mona Lisa in sheer scope, or da Vinci’s own The Last Supper for its timeless depiction of Jesus and the nuanced reaction of each disciple at the announcement that one of them would betray him. But Isaacson presents the case for Mona Lisa earning the top prize.

For one, da Vinci never completed the painting – it was found in his studio after he had died. His tendency to leave projects incomplete was not due to laziness but a meticulousness in detail. If he had learned a new fact about the human anatomy or an occurrence in nature, he went back to a painting and reworked it until it was to his liking. He had a habit of going back to his paintings – sometimes years after “completion” – and touching them up with additional paint strokes. Mona Lisa was just another painting with which da Vinci had trouble parting ways. It is why there are currently only fifteen paintings today that can be attributed to him – a surprisingly low number for a figure primarily associated with art.

Secondly, the Mona Lisa features several artistic and scientific disciplines to which da Vinci dedicated much of his learning – facial features, clothing texture, curls of hair, eddying water flows, the formations of nature, and a tantalizing smile that even eluded its creator. It is a painting he never could have done at any other time in his life; it took a lifetime’s absorption of knowledge to implement his learnings. Right man, right time. Essentially what Isaacson is illustrating (pun intended again): to fully appreciate the Mona Lisa is to understand the man who painted it.

Perhaps the book’s greatest accomplishment is Isaacson’s portrayal of da Vinci not as timeless genius divinely bestowed with artistic ability, but simply as an ambitious learner. “Slapping the ‘genius’ label on Leonardo oddly minimizes him by making it seem as if he were touched by lightning,” writes Isaacson. “Leonardo had almost no schooling and could barely read Latin or do long division. His genius was the type we can understand, even take lessons from.” He struggled with plenty but never allowed it to compromise his drive to learn.

We all learned of da Vinci’s most prominent achievements in elementary school, but not much of the man himself or how he came across his knowledge. Isaacson takes our half-realized, almost mythological perception of da Vinci and instead gives us a mortal – an illegitimate son of a prominent notary, gay, vegetarian, left-handed, and easily distracted. He makes da Vinci seem accessible and the same drive for the knowledge seem attainable. “He was not graced with the type of brilliance that is completely unfathomable to us,” writes Isaacson. “Instead he is self-taught and willed his way to genius.”

If Leonardo da Vinci teaches you anything, it is not to despair if you find yourself easily distracted. You’ll likely catch flack for it by your supervisor in your performance review or not land the job you want, but remain steadfast – do not despair. Active, boundless imaginations have led to astounding creations. Da Vinci declined to paint a portrait of the Marchesa of Mantua so he could instead paint one of a silk-merchant’s wife – maybe that’s why she’s smirking. Wild imaginations shift the course of history, their fruits hang in the Louvre. Jobs, while necessary, are assessed to be as risk-free as possible, yearning few rewards beyond monetary compensation. We may not live in any type of  Renaissance era, but Renaissance thinking can carry our imaginations to greater rewards than mere job security. It’d be nice to know how to paint too.

Why you should read this book: Walter Isaacson is unmatched with the profiling of his subjects. His biographies are dense, but readable – you don’t need to know computers to read Steve Jobs or painting techniques to read Leonardo da Vinci. He has an uncanny ability to take these prolific icons and humanize them, bringing them back down to earth so we can better understand them. Leonardo da Vinci is a complete account of a man who wasted no time, maximized the opportunities he was given, and knew the quest for knowledge is never finished. “Tell me if anything was ever done,” da Vinci wrote in his notes. “Tell me if anything was ever made.” Isaacson shows us, through da Vinci, there are always new things to learn, improvements to be made, and distractions to stoke our imaginations; that we are incomplete works ourselves and though we may never live to achieve our fullest potential, it is the pursuit of that potential that matters.

Postscript: I’d be remiss if I didn’t briefly mention perhaps da Vinci’s biggest contribution to art: sfumato, deriving from the Italian word for “smoke.” The sfumato technique blurs the contours or edges between colors, eliminating dividing lines between objects. “Your shadows and lights should be blended without lines or borders in the matter of smoke losing itself in the air.” Sfumato gives da Vinci the edge over Michelangelo. Just in case you need an anecdote if you find yourself on the subject of art.